It has been a long and tedious battle to prove that Sasquatch exists. We have had the proof for 7 years now, but building enough data to convince mainstream science has taken a lot of time. Trying to publish took almost two years. It seems mainstream science just cant seem to tolerate something controversial, especially from a group of primarily forensic scientists and not famous academians aligned with large universities, even though most of our sequencing and analysis was performed at just such facilities.

We encountered the worst scientific bias in the peer review process in recent history. I am calling it the Galileo Effect. Several journals wouldnt even read our manuscript when we sent them a pre-submission inquiry. Another one leaked our peer reviews. We were even mocked by one reviewer in his peer review. Rather than spend another five years just trying to find a journal to publish and hoping that decent, open minded reviewers would be chosen, we published here. Denovo, the new journal is aimed at offering not only more choices and better service to scientists wanting to submit a manuscript, but also reviewers and editors that will be fair, unlike the treatment we have received. We furthermore have adhered to all of the standards set here in the link below, especially since the entire review and agreement to publish was done at a previous journal we had to acquire when they backed out of publishing our manuscript five minutes before it was to go live in order to keep our passing peer reviews generated at this journal: 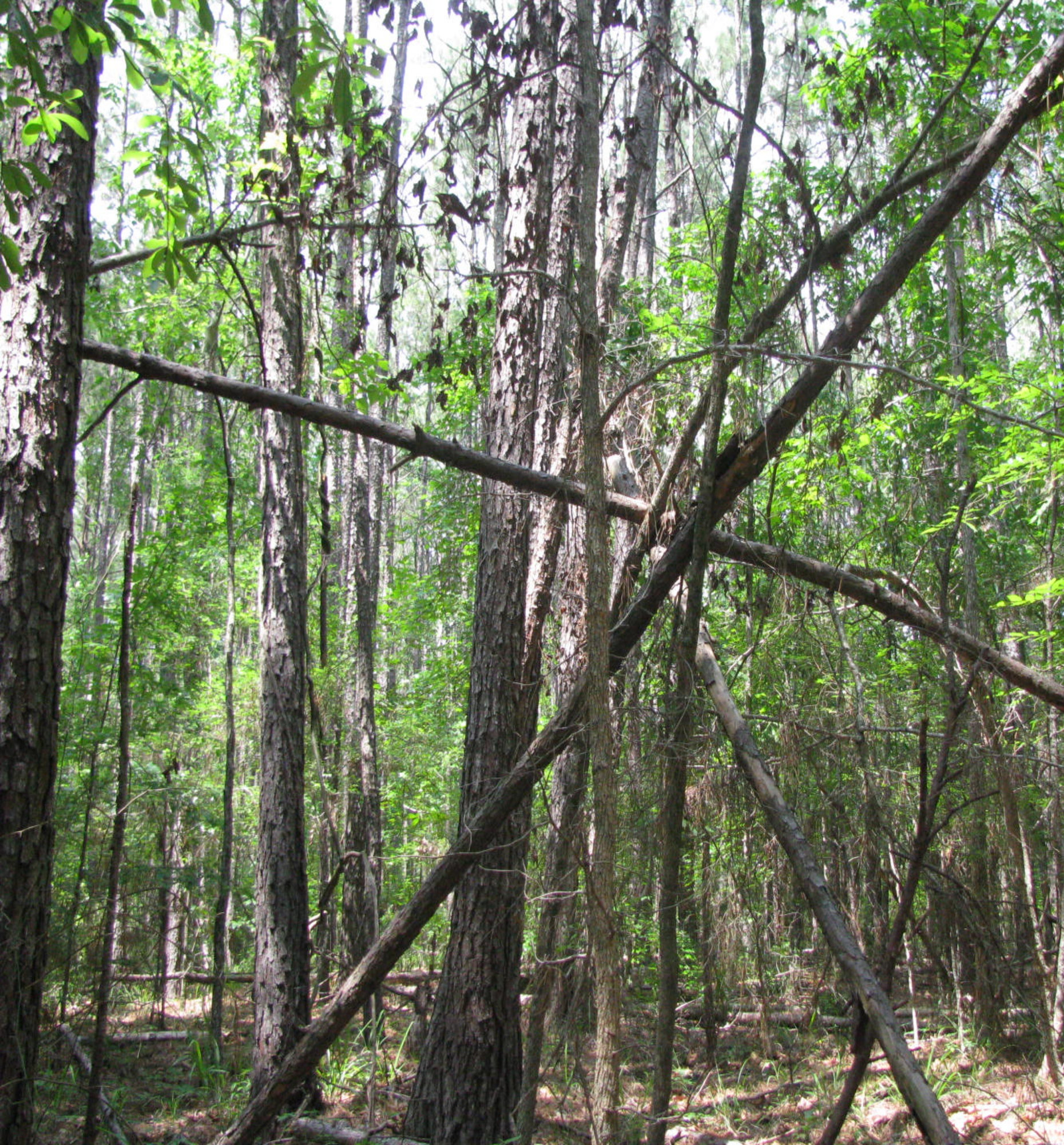 
Email from Dr.Todd Disotell at NYU to the Erickson Project's Dr. Leila Hadj-Chikh showing same human mitochondrial DNA sequencing results and haplogroup for sample 37 in our study. The novel DNA sequences from this sample, like other samples in the Sasquatch Genome Project, were only found in the nuclear DNA after further testing.

Here's the sequence from Todd. It matches some other human haplotypes as well, so it's not necessarily H16. However, I looked up the corresponding sequence for Homo sapiens neanderthalensis, and there are about 10 differences in this region (actually, either 9 or 11, depending on the isolate), so we really should have seen some differences if it wasn't from a human. If we wanted to figure out exactly which human haplogroup it belongs to, though, (and whether it was left by a man or a woman) we'd have to do more work on it.

Should I forward this sequence to El Molto?

This is an email with results from Paleo Labs on sample 37 in our study. Once again the mitochondrial DNA findings were human and differences in the Sasquatch DNA was not seen until nuclear DNA sequencing was done on this sample.

Adrian, I had a chance to analyze the sequences I got from the blood. I have a sequence for human mitochondrial DNA HV2 and a sequence for the 16S region. Both have identified the sequence as human. I did not notice anything peculiar about the HV2 sequence and the 16S sequence was a 100% match to Homo sapiens so no differences were noted in this region. I will store the remaining samples for future testing and stop the testing until I hear back from you. I will be in touch later this week so we can complete the billing for this part of your project.

This testing report is associated with sample numbers 100,102, and 104. These samples arrived late in the study so they were only screened with mitochondrial DNA sequencing, the results of which were human as referenced in this report. The hair was clearly non-human and gave human mitochondrial results as did all of the other successful hair samples in this study. Source: Mary Green

I am personally very impressed with the report below, even tho it doesn't show any definitive results. I am impressed because I think it shows we have had a few thousand dollars worth of high level technical analysis performed. It shows our investigator is a real professional in the DNA field. I am also hopeful that the next phase will produce the kind of results we hope for.

My own tentative conclusion from reading the report is that, since our investigator does have a lot of experince doing DNA analysis of primate hair, he would most likely choose as his first type of DNA analysis a gene and a technique which would have shown a difference for any primate which was as distantly related to humans as are all of the great apes. Since the first analysis has not revealed a differnce from humans, we can therefore conclude that the creature which provided the hair being analyzed is our closest relative among all God's creatures. Hopefully, the ongoing analysis will answer the question of whether or not it can be considered human.

Since I am just the middle man in all this, I will leave it up to you to control distribution of this report, and will not send it to anyone else. I do suggest that you send it to John Lewis, since he works professionally in the DNA field and believes he has identified by DNA 1 or 2 samples of hair as being BF.

I am attaching to this email a progress report on my behalf. Feel free to post the info, but I would appreciate if you would please keep my name private at this time. I'll be in touch.

The hard copy of DNA sequence data is presented as an electropherogram or chromatogram. The DNA "alphabet" consists of 4 letters G, A, T and C which represent a specific nucleotide or base type. G = guanine, A = adenine, T = thymine and C = cytosine. The "peaks" on the electropherogram show the representation of each base as it appears in the sequence. Each base is represented by a different color (red, black, green or blue). As the sequenced DNA sample is loaded onto the automated sequencing machine, a laser reads each individual base and processes the data.
T
The DNA sequence data acquired thus far for the hair samples represents approximately 650 bases from the cytochrome b gene. The 650 bases is about 2/3 of the total cytochrome b gene in mammals. Cytochrome b is a gene found in the cell mitochondria so therefore it is referred to as mitochondrial DNA. Mitochondrial DNA has been used frequently in molecular phylogenetic studies because of certain properties that the gene possesses. However, DNA from elsewhere in the genome (such as nuclear genes) is being used more in these types of studies.

When matching the 650 bases of cytochrome b sequence obtained from the hair sample was matched against a database of sequences, it was found that the sequence obtained from the hair was a 100% match to that of human cytocrome b (for the same 650 base stretch of sequence). The first inclination is that there could have been human contamination of the sample, even with careful handling. However, both positive and negative controls were run in conjunction with the hair sample as a guard against contamination. These controls were treated in the same way as the hair belonging to the alleged unidentified primate. The positive controls were hair samples from a dog and a cat. The sequence from these samples (also for cytochrome b) DID NOT match human cytochrome b sequence in the data base search, but matched dog and cat respectively. Therefore it appears as though contamination can be ruled out. These experiments have been repeated more than once and the same results obtained each time.

It seems that at least for this segment of the cytochrome b gene that this alleged unclassified primate's DNA is an identical match to human. However this is just a miniscule sampling of the entire "population" of DNA molecules in the genome. It is not necessarily shocking that the sequences match identically, since cytochrome b overall is a highly conserved gene, not only among primates but among all vertebrates. Again, more DNA sequence data from additional genes must be obtained.

Genes consist of both exon and intron sequences. Exon sequences code for proteins and their DNA sequences are generally conserved. Intron sequences of nuclear genes are less conserved than exons and have a higher probability of incurring base substitutions compared to exons. Intron sequences would be a good place to begin further exploration regarding this project. The beta globin gene has a relatively large intron (about 900 bases) that would be a suitable candidate for future study. Statistically, there would be a higher probability of finding base differences between the sequence of the human beta globin intron and the sequence of the beta globin intron from the alleged unidentified primate. This is not to say that there will be base differences, but the probability increases compared to cytochrome b. Even if the base difference is only 2 or 3 %, that would be significant. Part of a project that I have worked on in the past has involved the beta globin gene and I have collected sequence data from several primates that could be used eventually in a phylogenetic analysis involving this unidentified primate along with primates of various antiquities. This is the direction that I believe the project should move toward.

The first preliminary PCR experiments using nuclear DNA isolated from the hair samples and primate specific oligonucleotide primers designed using existing primate beta globin sequence data, have shown some success. The target DNA, representing intron 2 of the beta globin gene, has been amplified, but there is some nonspecific amplification in the PCR product. However, this is not uncommon when working with evolutionary PCR. In time, the process can be refined such that PCR amplifications yield the target fragment of DNA exclusively. After sequencing the target fragment of DNA, the nucleotide sequence can then be compared with beta globin intron 2 sequences from other primates.


Monsterquest, a TV series on the History Channel, had an episode about a sample taken at Snelgrove Lake, Ontario. Dr. Curt Nelson sequenced the blood left at a cabin for mitochondrial DNA as a species identifier. His results were human sequence. We tested the same item, Sample 34 in our study, and also tested nuclear DNA which gave us human results with a mutation we found to be common in Sasquatch and thus supporting Dr. Nelson's claim that the blood evidence most likely came from a Sasquatch.


One of the scientists (a PhD) supervising sequencing on our blind study decided to BLAST some of the data when she noticed anomalies. You can read her email below.


Recently in 2014, Dr. Tom Gilbert of the University of Copenhagen sequenced some non-human hairs purportedly from the Orang Pendek. The Orang Pendek is the Sumatran equivalent of Sasquatch. The results for the mitochondrial DNA was 100% human, just like our results for the Sasquatch. There is a short video taken from a French documentary with narrative that we made showing Dr. Gilbert discussing the human results. It can be seen below: